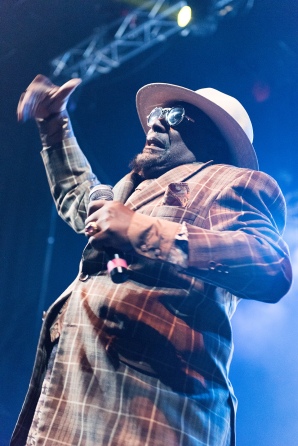 Funk is a peculiar word isn’t it? It sounds so very much like another word…

That’s the kind of funk George Clinton and Paliament/ Funkadelic pimped to us on Friday night.

Whereas James Brown ‘s funk will drag you along with speed and intensity, keeping you on your dancing toes with fluttering 16th rhythms and percussive guitars- Clinton slows it doooown so you feel the grooves  groinally. Yeah, that’s a word. It’s a type of funk that aims to move you as well as your feet. Musically and lyrically P-Funk is full of a sexual imagery and energy that permeates their sound. A sound that has you moving your hips in ways you never knew you could. 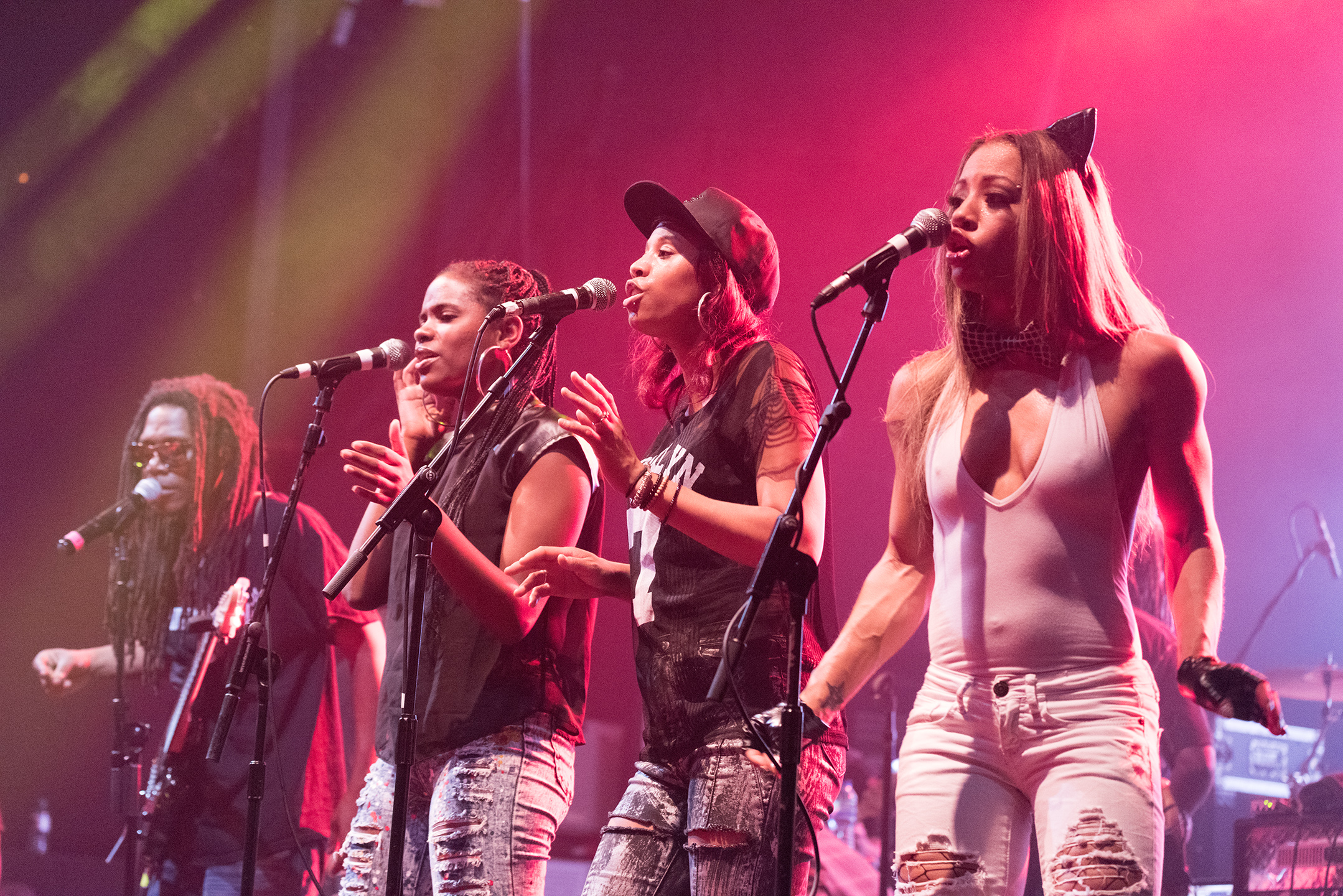 This current generation of the P-Funk mob are sixteen strong, led by seventy three year old  Grandfather of funk Clinton who orchestrates the jams and conducts the audience- a showman who laps up applause and redirects the appreciation to his musical entourage. Whilst he takes centre stage on some tracks- lead vocals are shared amongst the band to the point where Clinton is at times peripheral but at the same time an omnipresent sprite in tweed.  Part of Clinton’s genius is that he surrounds himself with energetic musicians, young and old bringing fresh new interpretations to the signature P-Funk sound. There’s a wonderful quote in his new autobiography where Clinton sums this up:  “(as an artist) I knew my limits. I knew what I couldn’t do. I couldn’t play an instrument. I couldn’t sing as well as some and I couldn’t arrange as well as some others. But I could see the whole picture from altitude, and that let me land the planes”.

The new tracks performed tonight from ‘First Y’all Gotta Shake the Gate’ are decent and it’s certainly a family affair tonight with Clinton’s grandchildren serving as vocalists in the poly-choral line-up: the star of which is rapper Tra’zae Clinton who took centre stage for Not Your Average Rapper. The track Get Low is tight and punchy: pure hip-hop in which the family members reference ‘Navigating the Mothership’ and later ‘The funk is in my DNA’.

The older songs were often delivered as new arrangements and at times some numbers in the set were performed as medleys which I found a little off putting.  There’s no denying, however, the quality and diversity of these songs. The horn section was blistering, the bass guitar a squelching syncopated beast whose bottom end moved many a bottom. Disco classic Flash Light  was quite rightly accompanied by Sir Nose D’Voidoffunk (a personified fictional disco villain pimp in Clinton’s Sci-Fi mythology who finds The Funk and therefore his soul… listen, just  Google him will you- he spent half the night grinding against a woman from Shields on stage ) One Nation Under A Groove had the dance floor shaking. Atomic Dog had the crowd Bow Wow Wow Yippee oh Yippee yay..ing.  My personal highlights were when guitar heroes DeWayne ‘Blackbird’McKnight, Richard ‘Ricky’ Rouse and Garrett Shider shredded Red Hot Momma and then brought a tear to my eye with the epic Maggot Brain as Clinton waved to the enraptured Newcastle crowd.  We laughed, we screamed and we danced as well as a room full of white folk can to funk music. 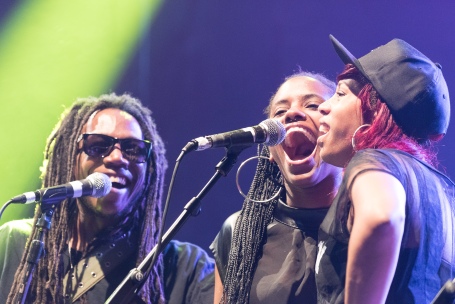 It was an absolute privilege to see George Clinton play tonight.  An eclectic and eccentric writer, performer and producer whose influence has cast a psychedelic rainbow throughout rock, hip-hop, soul and funk for decades. Despite succumbing to the o2 Academy’s ridiculous ten o’clock curfew we stayed and bade farewell to our heroes as the stage lights were unceremoniously killed. The band waved, chatted, celebrated and embraced as the drums and bass played on relentlessly and defiantly. We couldn’t leave- the party was just getting started-we were the Geordie Nation Under a Groove.